Over a year ago I was honored to be asked to be the featured artist for the Nature Artists’ Guild Spring Exhibit coming up on April 5, 6, and 7, 2019 at Cudahy Auditorium at the Morton Arboretum.  As the year has passed, the work that I have recently finished has focused on moths.  Several years ago I had found an Imperial moth caterpillar dead in my pond.  I was heartbroken and excited at the same time as I hadn’t realized that these beautiful moths were in our area.  I resolved to sculpt one on a pin oak branch last spring and got as far as the leaves. 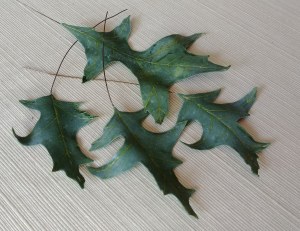 Then came the sketch of the moth… 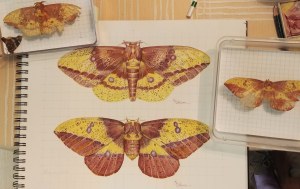 And then this project stalled for 8 months.

Meanwhile, at the beginning of this year I started working with the Virgin Tiger Moth, designing fabric first, then sculpting several versions of the moth as I loved the graphic pattern and colors so much. 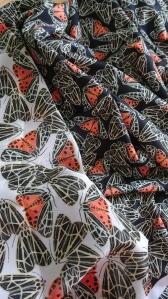 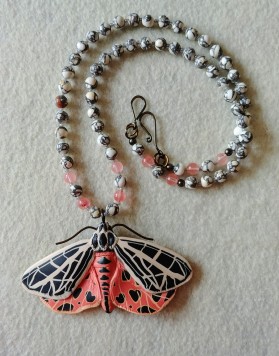 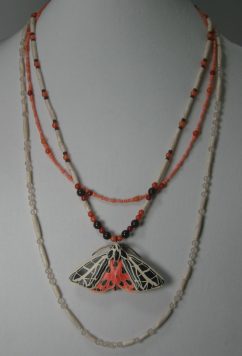 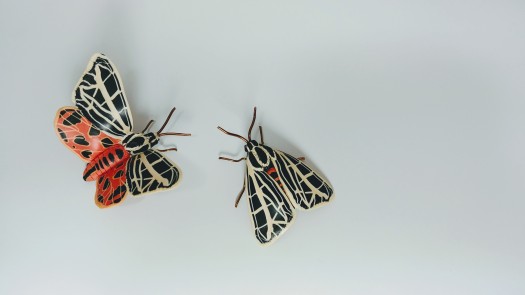 After acquiring some beautiful silk and learning that this moth feeds on various weeds, including lambs quarter and clover, I thought it would be interesting to put the sculptures on a quilted wall hanging featuring those two weeds. 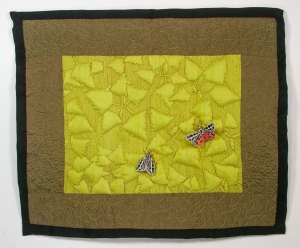 As the deadline approached for the exhibit, I had to decide whether to finish the Imperial moth…or not.  My indecision was due to the complexity of the moth’s markings, as I like to sand my sculptures which means painting them wouldn’t work.  Casting my doubts aside, I jumped in and created one, then set to make improvements on the next one. 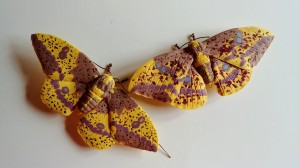 Then came the setting…do I put it in a frame?  Leave it free?  Or create another quilt?  The quilt won as I had a small piece of gold silk which seemed appropriate for an Imperial moth.  There are free sewn oak leaves in the background. 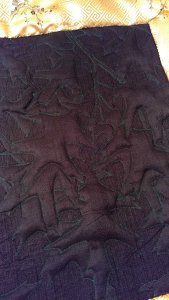 After nearly a year, here’s the final piece which will be on exhibit…Enjoy! 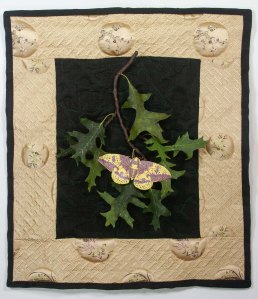 18 thoughts on “Inspired by moths…”

This site uses Akismet to reduce spam. Learn how your comment data is processed.